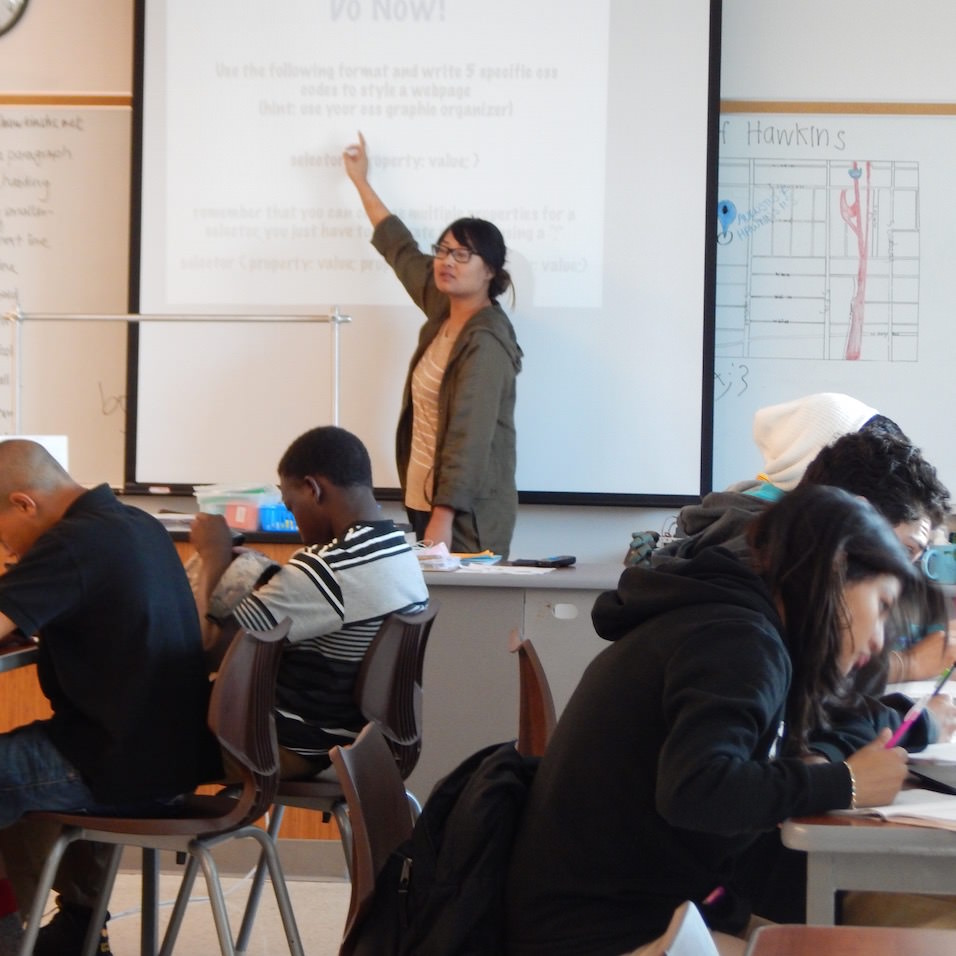 At a high school called the Critical Design and Gaming School, you’d think every student had a device on and was playing a game all the time. Not so.

In fact, during one recent morning lesson, students opened up boxes of traditional board games to play with each other.

“They find out pretty quickly it’s not about playing games the whole time,” said computer science teacher Nancy Se. But, the students do learn computer coding, build websites and design games on programs that have created their favorite apps and launched games like Assassin’s Creed. “I teach them that computer science equals wealth equals power, and that is what could happen if you become one of the producers making games.”